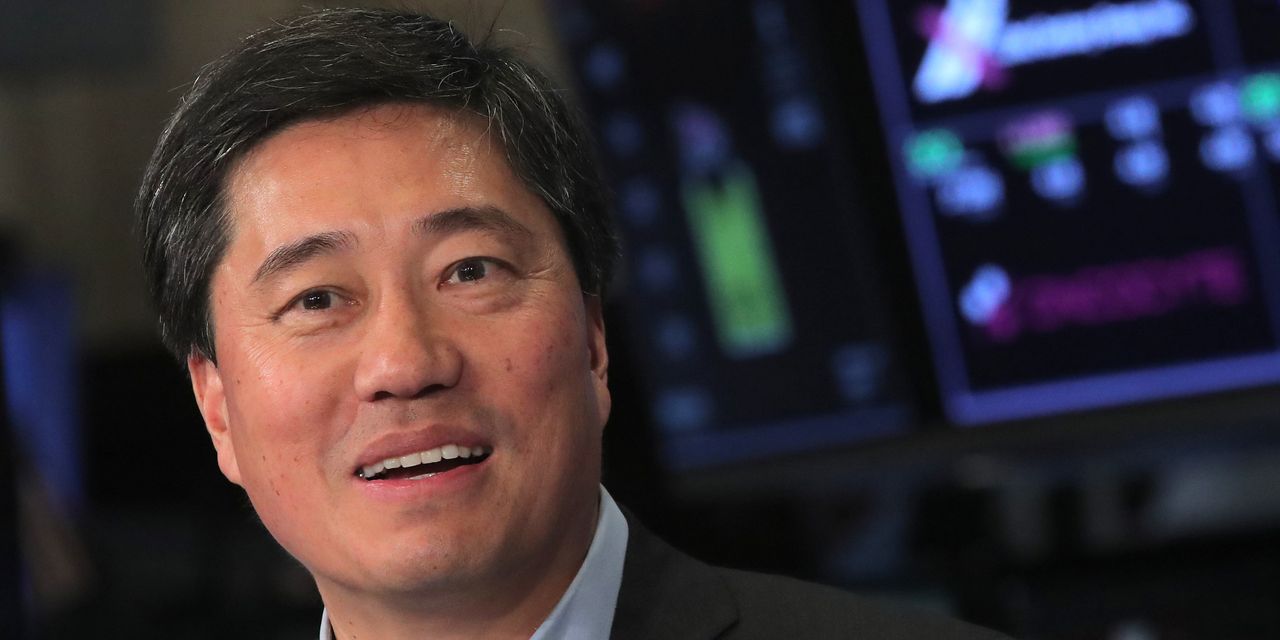 finance chief said the ride-sharing and delivery company is focused on boosting its revenue and income after achieving an important profitability milestone during its latest quarter.

San Francisco-based Uber said in early November that it recorded adjusted earnings before interest, taxes, depreciation and amortization of $8 million for the quarter ended Sept. 30. It was the first time in its roughly decadelong history that Uber reported a positive figure for this metric, helped by a recovery in its rides business and the continued strength of its food-delivery unit, Uber Eats.

“Our current goal is to continue to improve our adjusted Ebitda, but the real focus point is focusing on the long-term growth,” Chief Financial Officer

The Morning Ledger provides daily news and insights on corporate finance from the CFO Journal team.

The company’s quarterly net loss, however, widened to $2.42 billion from $1.09 billion during the prior-year period, largely dragged down by a loss from its equity investments in companies such as Chinese ride-hailing company

Uber has posted a net profit under generally accepted accounting principles twice, first in 2018 and again during the second quarter of this year thanks to unrealized gains on investment holdings.

“We have an intention to get to GAAP profitability,” said Mr. Chai, who has been Uber’s CFO since 2018, after stints as chief executive at CIT Bank and Warranty Group and as finance chief at Merrill Lynch during the financial crisis and NYSE Euronext before that.

The company, which is still working to get to positive free cash flow, plans to update investors on its profitability targets and spending plans in February. Mr. Chai declined to comment on when Uber could report a net profit based on the strength of its operations rather than investment gains.

Investors would like to see margin and market-share gains after years of hefty losses, said Nikhil Devnani, an analyst at Sanford C. Bernstein & Co. “Uber is a growth company, but it’s about profitable growth,” he said. “They have to strike a balance between investing in a competitive delivery market and proving to the Street that there is a high-margin business with cross-platform synergies underneath the hood.”

Uber’s ride-sharing business suffered heavily during the pandemic—with bookings temporarily falling as much as 80%—prompting the company to cut costs by about $1 billion, in part by laying off workers. The company also sold various assets, including its autonomous driving unit and its bikes and scooters business, while holding on to its freight business.

The company last year pulled out of a number of countries where it didn’t see itself achieving a market-leading position, Mr. Chai said. The move involved about 20 actions, including exits and deals to sell operations to rivals, a spokesman said.

As it works to regain ground lost during the onset of the pandemic, the company expects some increases in head count over time, but those will be limited, Mr. Chai said. Uber had 24,700 employees in the quarter ended Sept. 30, up from 21,600 a year earlier. Drivers aren’t classified as employees, so they aren’t included in the tally. About 800 people work in finance, up from around 500 when Mr. Chai took over the finance function.

Mr. Chai is targeting $90 billion in annual gross bookings by the end of the year. These bookings, which refer to the total value of rides and goods sold via Uber, came in at $23.11 billion during the last quarter, up 57% from the prior-year period.

“If we’re at $90 billion of gross bookings…growing that at scale is pretty incredible,” Mr. Chai said. The company will continue to invest, for example, in services such as grocery and pharmacy delivery, he said.

Uber is already profitable in many of its markets, Mr. Chai said, adding that revenue growth and economies of scale will help boost overall profit.

“The one thing that is lagging,” he said, is Uber’s share price, which has fallen over 16% since the beginning of the year. The finance chief added that he has been checking the share price “too often.” Uber’s shares closed at $42.08 Wednesday, down 1.4%.

Analysts and investors pointed to several levers that the CFO can pull, including releasing funds by selling or cutting its equity stakes and increasing the take rate, the percentage of a fare or delivery order that Uber takes as a fee.

“There’s a few ways they are getting to profitability,” said Robert Mollins, a director at Gordon Haskett Research Advisors, a research provider. “The path is pretty much there.”

The take rate, or revenue as a percentage of gross bookings, in Uber’s mobility business was 22.3% during the latest quarter, down from 23.1% a year earlier, while the take rate for the delivery business was 17.4%, up from 13.3%.

“We think the take rate in the U.S. will increase, and it’s largely because we’ll be able to curtail some of that driver incentive,” Mr. Chai said, referring to financial support aimed at attracting more drivers to its platform. In other markets, for example Australia, the take rate will likely go down, he said.

As for Uber’s interests in other companies, Mr. Chai said, “We believe that many of the stakes will continue to accrue in value.”

Uber in 2016 sold its operations in China to Didi in exchange for a minority stake in the company. It now holds a roughly 11% stake in Didi, subject to a lockup period that began with the Chinese company’s initial public offering. The lockup period expires at year-end, giving Uber the option to sell or reduce the stake.

Apart from its holding in Didi, Uber also owns other equity stakes, including in self-driving startup

Uber continues to benefit from the strategy of selling more services to existing customers, said Dennis Allaire, a partner at SoMa Equity Partners, which held 8.25 million Uber shares during its most recent quarter.

“It is very seamless to transact within the app,” Mr. Allaire said. “They have great economies of scale.”

Write to Nina Trentmann at Nina.Trentmann@wsj.com

How can you determine whether a stock market dip is about to evolve into a crash?
Bikes, Bourbon and Other Items Supply-Chain Woes Have Made Scarcer
Comment